I have been playing around earlier CTP versions of Denali and focus was mainly on contained databases.Today I had a chance to review Contained Databases on SQL 2012 RC 0 and this post mainly revolve around the same. 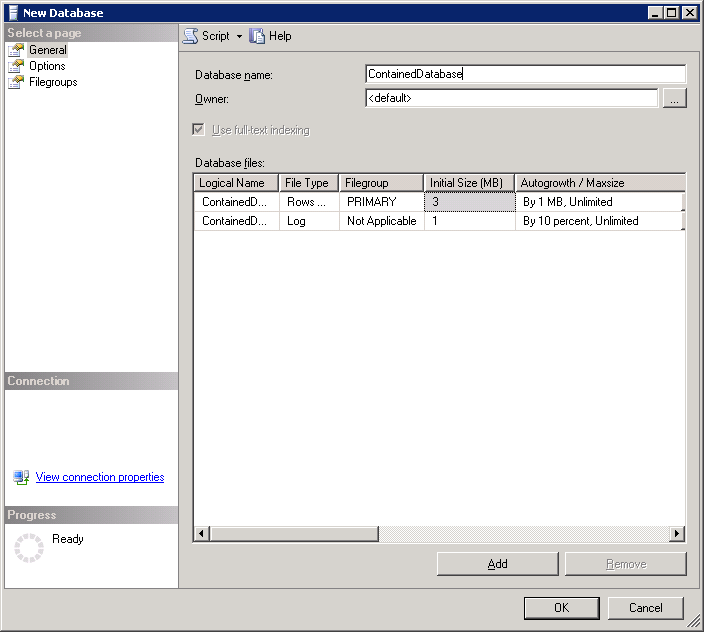 2. Under options you can find a new containment type called Partial,I choose this as this is one of the requirements for contained databases. 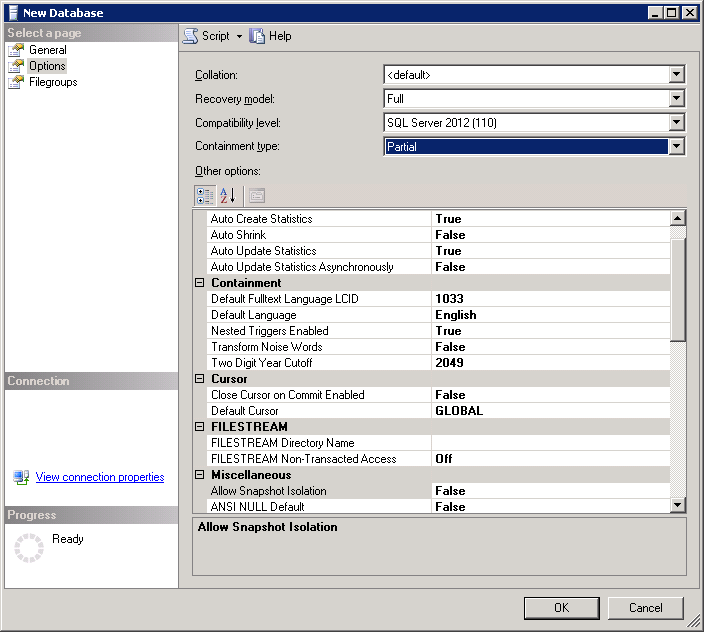 3.  I clicked OK to create the database and as expected an error came up directly

4. I changed the value as per the requirement.

6. Now to prove the point ‘A contained database is a concept in which a database includes all the settings and metadata required to define the database and has no configuration dependencies on the instance of the SQL Server Database Engine’ I decided to create a user for the contained database. 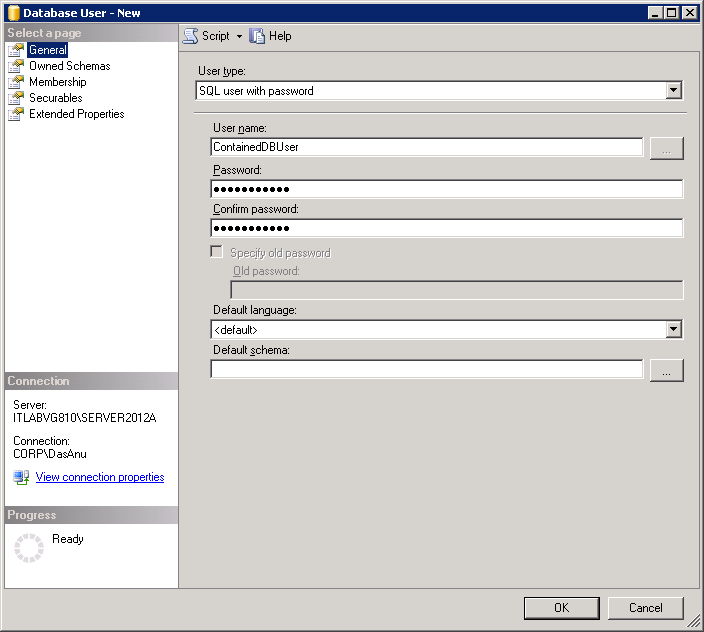 7. The user was created and if I  try to connect to the database using this user directly you will get the famous 18456 error 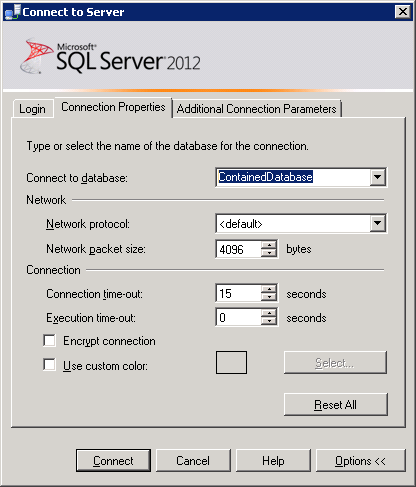 8. So now after giving the database name explicitly I am able to connect using the contained user!

I took  a backup of the contained database using simple TSQL –

I already had setup another instance of SQL 2012 in the same server,so I went ahead and did a restore using TSQL –

Yes,you might have guessed it right! An error comes up as soon as I fire the restore command –

After changing the value,the restore command work well and I was able to restore the database to the second Instance. 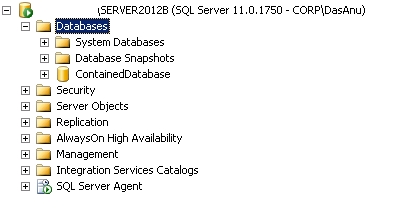 As expected the earlier user which we had created,ie ContainedDBUser was able to connect to this database under Instance B without any issues.

I will discuss more on contained databases in the coming blog posts and thanks for reading.